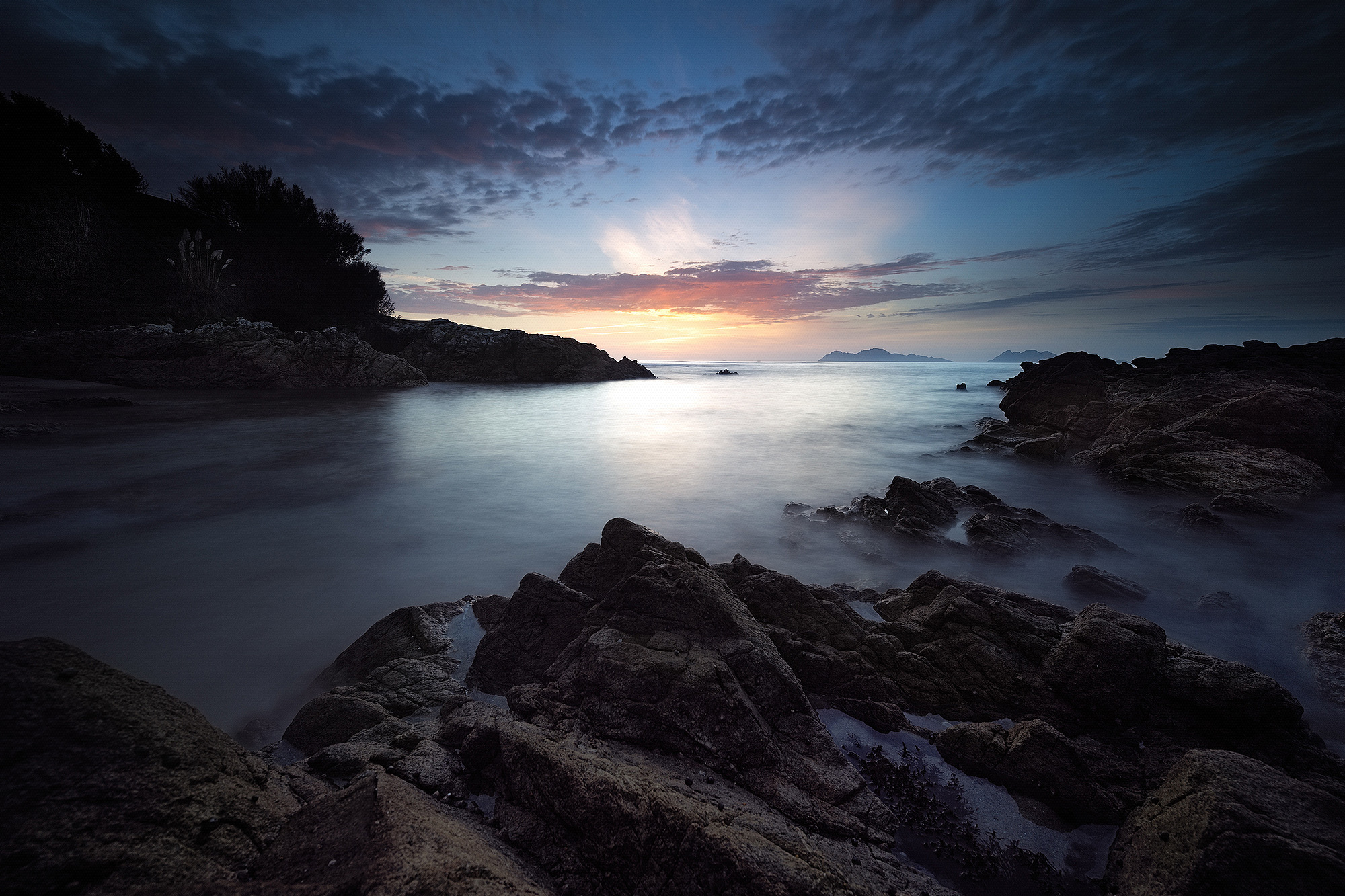 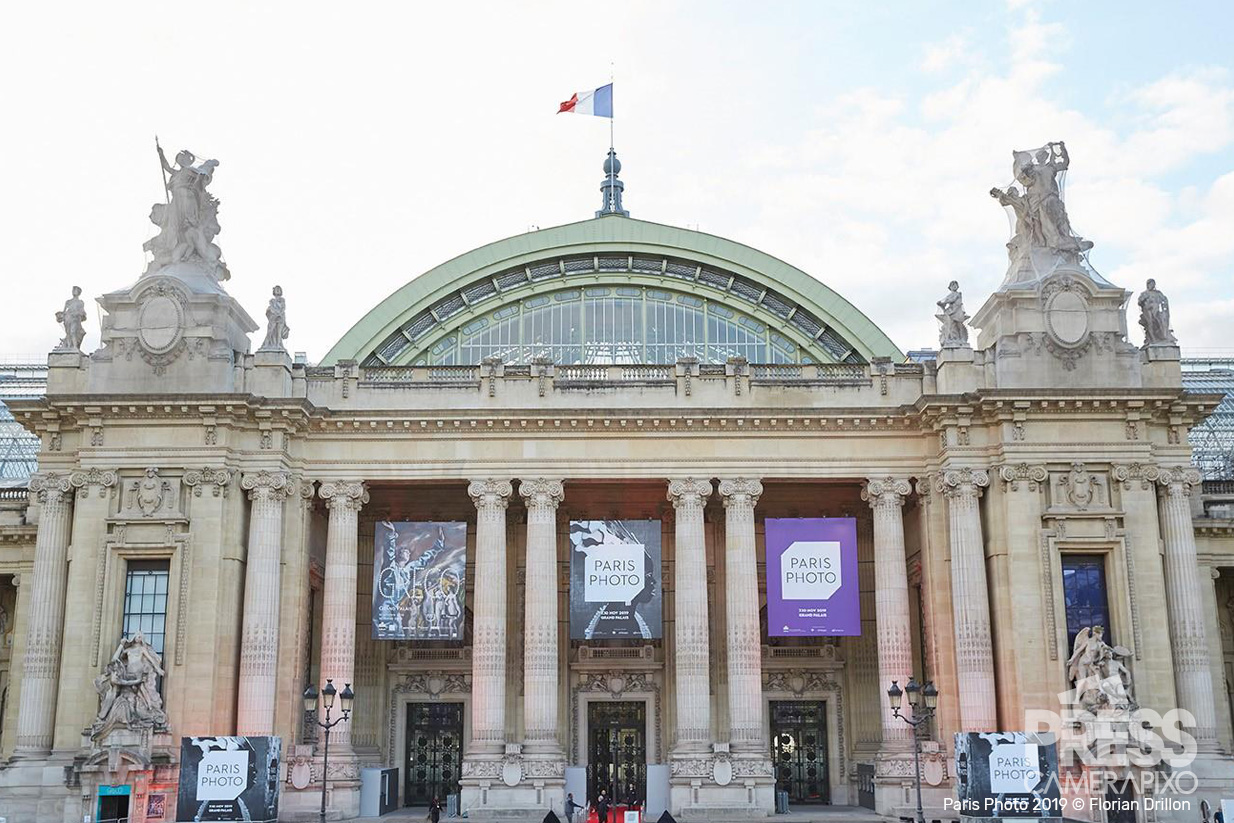 The 23rd edition of Paris Photo, which closed its doors on Sunday 10 November and set a new attendance record with more than 70 000 visitors welcomed in 4 days at the Grand Palais. The leading international photography fair has been unanimously applauded for showcasing an exceptional standard of work and saw exceptional sales throughout the course of the event. Bringing together 213 exhibitors, including 33 publishers, from 31 countries, Paris Photo once again reinforced its position as the unrivalled meeting place for artists, institutions, collectors and amateurs from all over the world.

Florence Bourgeois, Director, and Christoph Wiesner, artistic director commented: ”This year, more than ever, Paris Photo was the international meeting point for photography. Nearly half of our visitors, including public and private collectors, joined us from abroad. We received museums from all over the world and an important number of artists, both French and international. The energy of the fair is the result of the exchanges and discussions between galleries, artists, publishers, curators, photographers and people passionate about photography. We are delighted to be the event that brings together the best of photography. The 1st edition of Paris Photo New York will allow us to recreate this effervescence around photography on the other side of the Atlantic from April 2 to 5.”

In Paris, the 23rd edition of Paris Photo welcomed 70 598 visitors, a new attendance record, and a 2.5% increase in comparison to the previous year. One of the distinguishing factors at Paris Photo is the museum-quality presentations which make the fair particularly attractive to institutions, collectors and the public at large. More than 45 galleries chose to present solo shows and duo shows, developing the understanding of their artists and providing them a greater visibility on an international scale.

Significant sales took place in all 5 sectors of the fair: the main, the book and the Film sectors, as well as PRISMES, dedicated to serial works, large formats and installations, and Curiosa. This year, Curiosa was devoted to emerging artists and was under the direction of Osei Bonsu who was recently nominated Curator of International Art at the Tate Modern.

In the main sector, Thomas Zander Gallery sold to an American museum a historic series by Renger Patzsch for €160, 000 as well as a series by Helen Levitt. The gallery reported that 60% of reservations and sales at the fair were made by acquisition committees from international museums. Pace/McGill Gallery from New York sold works by each of the artists it exhibited, including a print by Robert Frank for €125,000. Three important vintages of Helen Levitt selling for more than €100,000 each were purchased. Danziger Gallery reported numerous sales including a print run of Dorothea Lange which sold for €75,000. A large Sigmar Polke format sold for €385,000 at Kicken. In the PRISMES sector, the Thierry Bigaignon gallery sold all of Yannig Hedel’s works for between €45,000 and €90,000. The installation of the SubREAL Group proposed by the Jecza gallery was a great success with institutions. In the Curiosa sector, La Forest Divonne gallery sold its entire stand dedicated to Elsa & Johanna.

PARIS PHOTO 2019 ACCORDING TO THE GALLERIES

HOWARD GREENBERG New York
“This year’s edition of Paris Photo was a great success. In a year of considerable changes in the photo market, the interest and amount of business conducted was at a peak, much to the satisfaction of most galleries. Personally, my gallery had excellent activity and sales, with several future projects generated.”

GAGOSIAN New York
“We are very pleased to have presented an exceptional set of prints by Man Ray, a major figure in photography. The Paris Photo fair and the Grand Palais grounds were the ideal setting for this collaboration with the 1900-2000 gallery, which attracted many French and foreign collectors and institutions.”

FRAENKEL San Francisco
“Paris Photo remains the jewel in the crown of photographic art gatherings. It is the fulcrum at which so many aspects of our multivalent field gather and cross pollinate: artists, collectors, curators, colleagues, publishers, dealers, and the deeply curious seeking to learn and see more.”

UN-SPACED Paris
“Our participation in the CURIOSA sector has been an excellent experience for the gallery providing our artist fantastic visibility. Participating in Paris Photo is very important and has enabling us to meet many collectors.”

BERTRAND GRIMONT Paris
“Paris Photo has been a real success for us. We sold several works by Thomas Devaux for around €15,000 and also several by Lukas Hoffmann and Olivier Metzger.”

MARIANE IBRAHIM Chicago
“We are very satisfied with our participation in the fair. Our solo show of Ayana V. Jackson was extremely well received by collectors and it allowed us to achieve very good sales, between $15,000 and $22,000. We sold everything and most of it in the first few hours of the fair.”

LUMIÈRE DES ROSES Montreuil
“It was an excellent edition for the gallery. We sold work to a very prestigious collector and this year our sales were particularly dynamic with Chinese buyers.”

JEAN-KENTA GAUTHIER Paris
“For us, Paris Photo really is an unmissable event. This edition is very satisfying for our gallery and we have sold several large works to prestigious museums!”

THIERRY BIGAIGNON Paris
“We are delighted to have been part of this edition at PRISMES of Paris Photo. We sold all the works displayed on our stand to both private French and international collectors. Our prices ranged from 45,000 to 90,000 euros. We hope to come back in 2020, and we are already preparing our application for the first edition of Paris Photo New York!”

INDA Budapest
“We recorded excellent sales and we benefited from excellent press coverage. We are now awaiting sale confirmations following the numerous conversations we engaged in at Paris Photo. Our participation in PRISMES has already had a strong influence for the gallery’s international image.”

JECZA Timisoara
“Our first ever participation in PRISMES has been an amazing experience for the gallery. Our proposal around SubREAL group has provoked a strong interest amongst many French and international institutions. We also met several collectors from all over the world and we would of course be delighted to come back next year.”

ANNIE GENTILS Antwerp
“For our first participation, we are very satisfied with the reception we received and with the positive reaction of many of the collectors. We are already thinking about what we could propose for the 2020 edition.”

FOREST DIVONNE Paris
“We are delighted with how this edition has gone. The work by Elsa and Johanna was extremely well received. We sold a number of their prints and all 39 of their photographs that we exhibited on the wall were bought by a French collector for €100,000. We sincerely hope that we will be able to take part in the New York edition next Spring.”

NATHALIE OBADIA Paris
“It has been an excellent edition for us. We parted with a large number of works – a large piece by Valerie Blin for between €27,000 and €33,000, a number of works by André Serrano priced between €25.000 and €45.000 depending on the edition and prints by Youssef Nabil that went for between €10.000 and €30.000 depending on the format. The Detroit Institute of Art and the Museum of Nebraska Art bought two works by Seydou Keïta for between €15,000 and €20,000. We have also had a great deal of interest for Agnes Varda’s vintage works that are priced at €10.000 as well as the Patate Coeur collection, which are priced at €5.000.”

DANZIGER New York
“We are particularly pleased with this 2019 edition. From the first night we made great sales. We sold a work by Olive Bee, three prints by Andy Warol for €12.000 each, “Christmas Night” by Malick Sidibé for €25.000, as well as a portrait by Susan Meiselas. In the days that followed, we continued to make several important transactions, notably a work by
Dorothea Lange that we sold to a private collector for €75.000 and a vintage by Ansel Adams for €45.000. We are looking forward to Paris Photo New York.”

KUCHEI + KUCHEI Berlin
“We met many collectors and institutions from different countries. Barbara Probst’s work was extremely well received. Four copies of Exposure#104 were acquired by Centre Pompidou and five other works, priced between €20.000 and €25.000, were bought by private collectors.”

PACE/ MCGILL New York
“This is the best opening we have ever had! We have sold works by each of the artists we exhibited, including Paul Graham and Richard Avedon. Some of the most noteworthy transactions were a print by Robert Frank for €125.000, a work by Saul Steinberg which was acquired by an American institution and a work by Robert Rauschenberg which went to a private collector.”

EQUINOX Vancouver & LAURENCE MILLER New York
“We made remarkable sales, including 3 important Helen Levitt vintages offered for more than €100,000. Two works by Val Telberg dating from 1948 were acquired by the Rijksmuseum in Amsterdam and a print by Ray Metzker from 1953, priced at €40,000, joins a British collection.”

KORNEFELD Berlin
“Paris Photo is undoubtedly the meeting place for photography globally and being able to participate in the Curiosa sector was incredible for our gallery. We are very happy with the exchanges we had throughout the fair, with the international institutions, curators, collectors and art advisors. David Meski’s work equally received excellent media coverage!”

XAVIER BARRAL Paris
“It was a very fantastic edition, as successful as the previous year. Throughout the duration of the fair the attendance at our stand was high. The signatures organized with Bruce Gilden, Valérie Belin and Ludovique Carème after their interventions for the Platform really caught the eye of the public.”

PARIS PHOTO THANKS ITS PARTNERS FOR THEIR PARTICIPATION AND SUPPORT

As an official partner since 2003, BMW has renewed its support for photography by giving a carte blanche to Emeric Lhuisset, winner of the BMW 2019 residency. 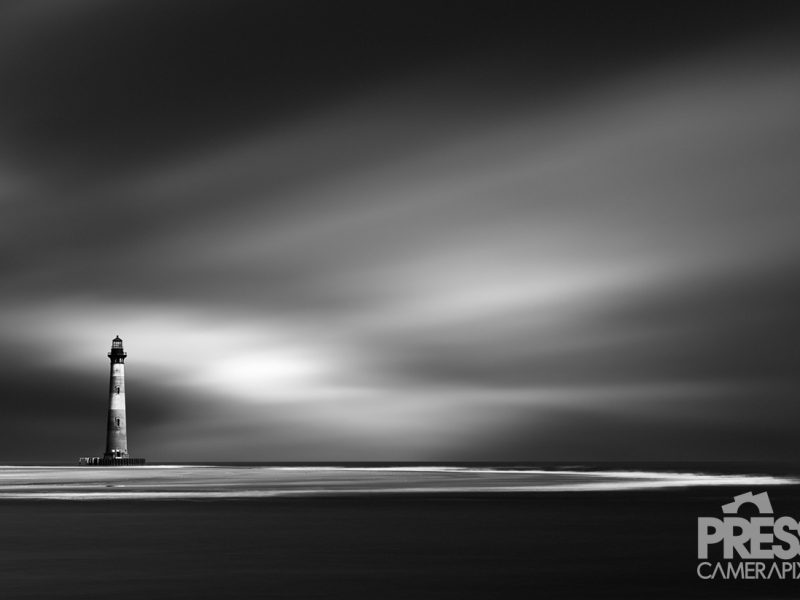 A few questions to KEVIN HOLLIDAY 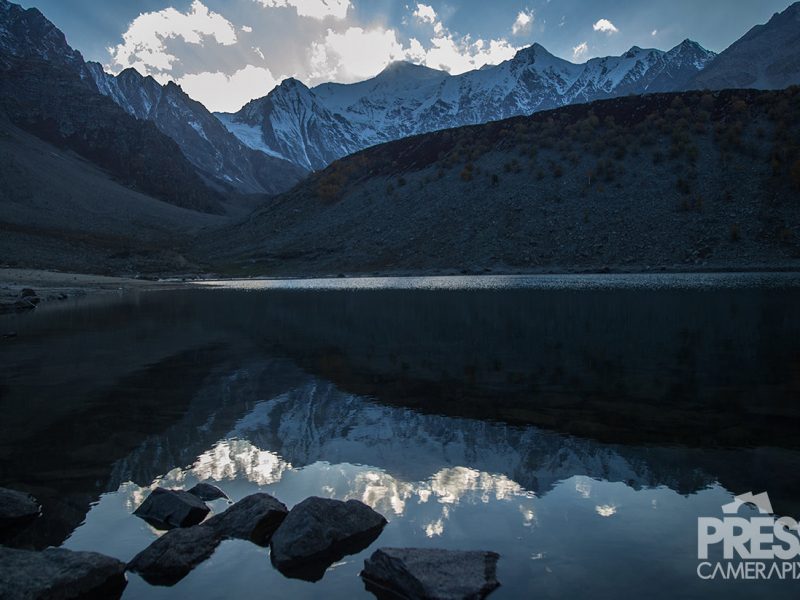 A few questions to FURQAN AZIZ 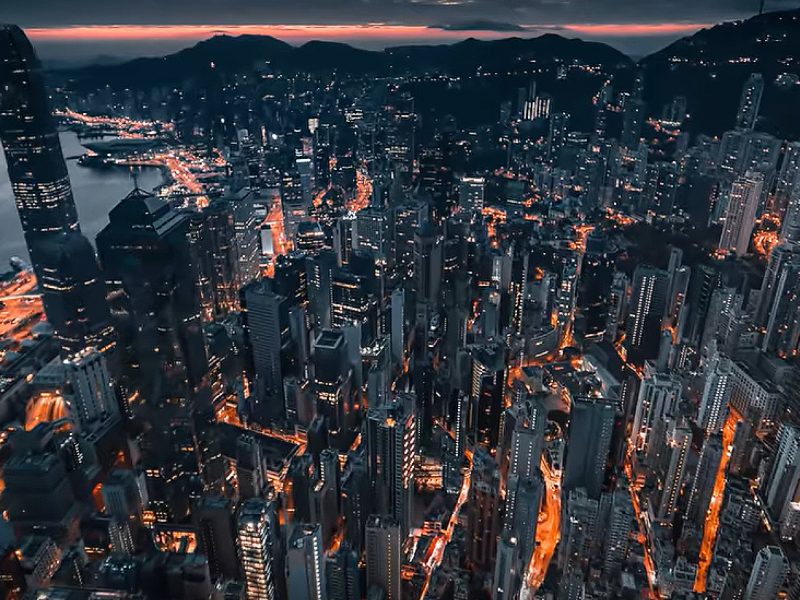 Privacy policyTerms and ConditionsFAQTestimonialsServicesContact
COPYRIGHT © CAMERAPIXO PRESS | HELLER DESIGN STUDIO. ALL RIGHTS RESERVED
We use cookies on our website so you can login, place orders, play games. We can provide a better service for you. If you agree please click the button I AGREE. To learn more about how we use the cookies, please check our PRIVACY POLICY.I AGREEPrivacy Policy